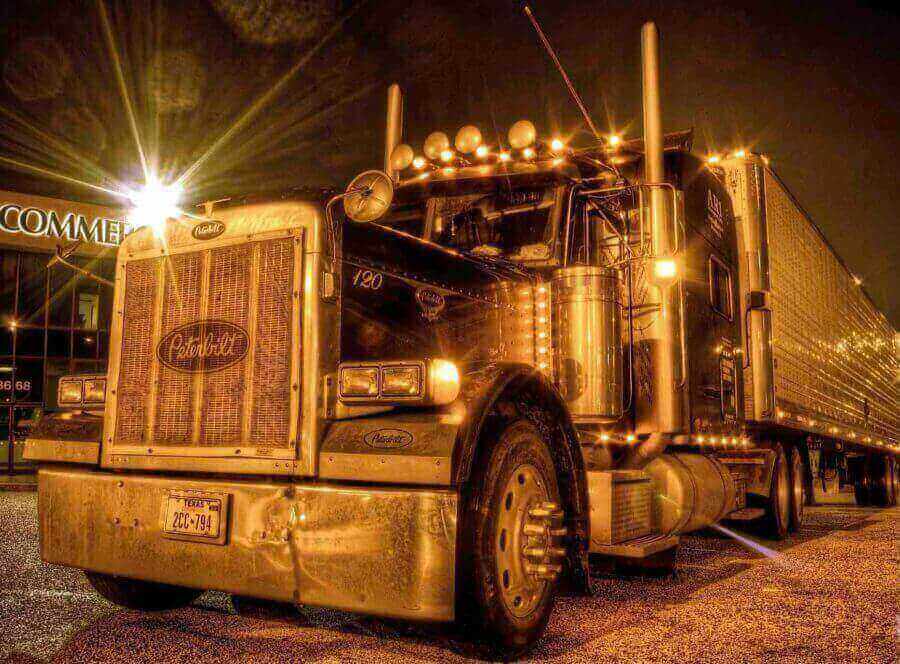 In this post, I want to introduce you to a business case study on how global, logistics, oil and gas company leveraged co-creation and launched a new product cheaper and faster. I divided this post into eight different steps, which represents the project flow.

Here is what you will learn after reading this case study.

(1) The company’s fuel card was inferior to competitive offerings, which have begun pushing data/machine learning advantage in cost savings. The company did not have the network that could match the density of other oil and gas, logistics companies that operate on the market.

(2) The company offered a range of extended services to fleet managers as part of their card, such as tax deductions, bookkeeping services, but it was not nearly enough.

(3) The company enterprise customers (carriers) started to ask for specific help such as route optimization, driver retention, tolls, and payments, and the company had no answer.

(4) Some of the company partners began competing against our customer with excellent results in the digital channel.

If you want to subscribe to The Innovation Letter and get the next article into the mailbox, subscribe here

We understood there was a clear need for a digital product, which would offer an extended digital service. The company sold the product to big, medium, and small companies, which were costly to serve with traditional channels. The digital product would potentially offer the advantage of zero marginal cost of distribution.

We also understood that the reason the company failed internally to deliver a digital product was that “software eats the business model.” New digital value propositions reconfigure the existing business so significantly that they almost create a new business model. The company knew how to execute an existing one, improve it every year, but did not know how to build, test, and find a new one, which is what startups are good at.

Two important decisions we had to make

We needed to design the change like a startup and the only way to do this was to build this externally, allowing for much-needed flexibility, different budgeting, and project management. This is the first we consider product Co-Creation.

It would also allow us to tap an external lean business model talent pool who knew how to move in sprints, tests, and user-centric design. How to design different go to market strategy, differently.

It is essential to understand the reasons why a startup is not a smaller version of a larger company.

To better understand this, consider the opposite. According to conventional wisdom, the first thing every business does when setting a new venture is creating a business plan—a static document that describes the size of an opportunity, the problem to be solved, and… Business plans rarely survive first contact with customers.

At the same time, we onboarded the company talent into a lean startup framework to align cultures.

Step 2: Do not reinvent the wheel while launching a new product

Reinventing the wheel is a mistake corporations and other startups make quite often. It is slow, silly, and the price is steep. The best way to build a prototype is to use what others made in the field plus a lot of duck tape:

At this point, we have a great understanding of the disruptive environment: what and how startups solved them, including their revenue models, namely:

We were ready to start the Co-Creation process at this point.

Step 3: Launch to the underserved market

We now had all the most innovative blocks, and we wanted to piece them back together. We workshopped with the company through iterations of revenue/pricing models relying on the lean canvas and validation boards:

We know what, how, and the go-to-market. We ran profitability simulations to identify investment, cost, expected cash generation and ROI, and alignment with the company strategy, but we still missed one significant element.

Disruptors focus on “hair on fire” customers — people in dire need of your product. We understood clearly that this was an SME because they had been asking the company for a solution already.

We understood their need for automatic routing changes reducing driver and dispatch involvement and resources on the SME side. It was a fresh idea, and we needed a quick proof we were solving a real problem before we committed to coding. We “got out the building” and ran a series of interviews with carriers, ourselves. We learned the potentially compelling proposition solving problems of both carriers and drivers. Automating communication between drivers and dispatchers, we were making drivers’ lives more comfortable and safer.

By reducing the number requests made to the dispatcher, the new digital product which we have prototyped, had the potential to lower the fixed and marginal cost of running SME business, therefore making it more scalable. Owners could now focus on the company to grow it (or be able to find more scarce drivers).

What we have found was 5x better than other fuel cards. Meaning, if we add the new product to the existing fuel card, we make the card 5x times better than competitors offering.

We drew heavily from routing tech and push notifications tech available from scouted startups at step 2.

We built and “shipped” 2 prototypes in under ten weeks:

As soon as we had early prototypes, including first user interface prototypes, we went out of the building again and tested, analyzed, and co-created the product with the company customers, taking in another new batch of user stories. Customers provided us a few feedback lines, but these two were the most promising:

We built, shipped, and tested a new build, which was received enthusiastically by end-users.

Reach out to Skuza Consulting for thoughtful product strategy and development services.

We continuously circle back to new users, taking in new “stories.” These were asking us to “shorten the time needed to receive back shipping documents from our customers so that we can invoice them to improve cash flow and close transactions.”

What was the business impact?

The early and continuous assessment was extremely positive among the SMEs in the local market. The next decision is to scale this up to all European and Asian markets.

The most important metrics we have designed, tracked, and used for further improvements via co-creation was as follows:

It was an essential development for the company. We had proven to the stakeholders, inc. BOD in the US, Turkey, the UK, that the entrepreneurial approach is better at finding new ideas and cheaper at building them, cutting time to market significantly.

We reduced the new product launch budget by 60% when compared to internal development and internal IT services. It proved that the iterative method where the product is tested/measured with customers reduces waste.

The lean method minimized the risk of lengthy development of solutions looking for problems and products nobody needs. The enabler for this is how we build from premade building blocks (startups and their technologies, as well as business models), not proprietary systems. It is different from M&A or hackathons and using expensive consultants to build new things.

We have shipped a better product as 40% of features were discovered during the work with customers, increasing “unfair advantage.” That proved that Minimum Viable Products (prototypes) could be built and tested with real drivers in real trucks in days/weeks days, rather than months/quarters. The new service improved the acquisition & activation of new customers by 35%.

There are 196,000 SME trucks across the country, which we run experiments and launched as the first territory. Potential subscription revenues at $25/month per vehicle and 4% adoption represent a $2.2M opportunity per year. An achievable incremental 5% market share increase is estimated at $103m per year in fuel revenue (in the first country market alone) or 46x the subscription potential.

Final thoughts on the co-creation process.

Why had the company not been able to find the new product offering internally? The answer to this is that “software eats the business model”—digital value destroys old business models. The challenge is, how to find the new one. In this case study we proved, that co-creation is the perfect method.

Our customer was good at executing an existing model. Startups are good at building new ones. Contrary to popular belief, startup ≠ a smaller version of a more prominent company. The oil and gas, logistics company needed a startup.

Would you like to design the Co-Creation process with us? Schedule a call with Skuza Consulting team.