The Increasingly Influential Role of AI in the Music Industry 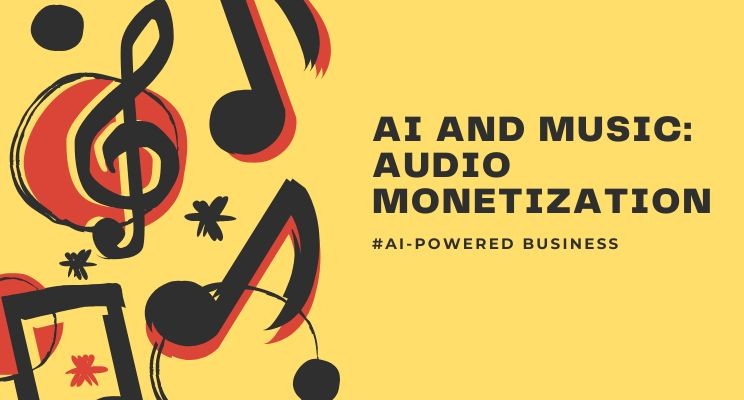 AI is starting to play an increasingly important role in the music industry. By analyzing large data sets, AI is able to identify patterns and trends that would be difficult for humans to discern. This information can be used to help make decisions about everything from what songs to promote to how to best market an artist. AI is also being used to create new music. By studying existing songs and learning to identify the various elements that make them successful, AI algorithms can generate original compositions that sound strikingly similar to existing hits. As AI technology continues to develop, it is likely that we will see even more AI-generated music in the years to come.

The Music Industry in the United States

The music industry in the United States has a long and storied history. From the early days of ragtime and vaudeville to the rise of rock 'n' roll and hip-hop, American music has always been at the forefront of popular culture.

Today, the music industry is a multi-billion-dollar business, with artists ranging from Adele to ZZ Top finding success both at home and abroad. The United States is also home to some of the world's most prestigious music festivals, including Coachella, Lollapalooza, and Bonnaroo. With its rich history and vibrant present, there's no doubt that the music industry plays a significant role in American culture.

With the introduction of new technology and artificial intelligence, the music industry is only expected to grow with artists and various companies adapting to changing times. A company called Jukebox artificial intelligence has been working with music streaming services to help them better understand their customers. As seen in the graph below, streaming is the number one source of revenue for the US music industry in 2020. With the popularity of streaming, Jukebox uses machine learning algorithms to study user behavior and recommend songs that they might like. This company is just one example of how AI is being used in the music industry to improve the experience for both artists and listeners.

First, it can help to identify new melodic or harmonic ideas that the composer might not have thought of. Second, it can generate a large number of ideas very quickly, which can save the composer a great deal of time. Third, AI systems can sometimes come up with ideas that are outside the realm of what is possible for a human composer, making the resulting piece of music more original and creative. AI music composition is still a very new field, but it has great potential to change the way we create music.

A company called Endel is using artificial intelligence to generate personalized, algorithm-generated background music. The company's app produces endless streams of ever-changing background soundscapes, which adapt to the time of day and the user's activities. Endel's goal is to help people focus, relax, or sleep by creating custom-tailored soundscapes that match their needs.

AI is playing an increasingly important role in the music streaming industry. AI-powered algorithms are used to personalize recommendations, suggest new tracks, and create playlists. AI is also being used to improve the quality of streaming services. For example, AI-based tools can be used to identify and remove background noise, optimize bitrates, and reduce latency.

In the future, AI may be used to create virtual reality concerts and experiences. AI will also continue to play a role in the development of new music streaming platforms and services. AI-based tools can be used to analyze user behavior and preferences, identify trends, and make recommendations for improvements. By leveraging AI, music streaming platforms will be able to further improve the quality of their service and provide users with a more personalized experience.

Companies like Spotify and Pandora have been using artificial intelligence to create customized playlists for their users. AI is also being used by these companies to help promote new and upcoming artists. Spotify has a team of data scientists that use machine learning algorithms to recommend songs to users based on their listening habits. Apple Music is another music streaming service that has an intense rivalry with Spotify. However, this rivalry has been beneficial to both companies. Each has a vast number of paid subscribers, as seen in the graph below.

How Musicians are Leveraging AI

Artists like Taryn Southern are already using AI to create new music. Her album I AM AI is the first album ever made with the help of artificial intelligence. Southern used a variety of AI tools to compose the songs on the album, including Google Magenta's MelodyRNN and Adobe Creative Cloud's VoCo. The album was well-received by critics, with one reviewer calling it "a fascinating experiment in artificial intelligence and music."

Another artist named Robbie Williamson is using AI to create music videos. He is the co-founder of a company called Revolver.ai, which uses artificial intelligence to create music videos from user-generated content. The company's AI system analyzes the audio of a song and creates a video that matches the mood and style of the music. Revolver.ai has already created music videos for a number of well-known artists, including Imagine Dragons, Katy Perry, and P!nk. Therefore, AI is playing a huge role in content generation to help artists establish their online presence.

As AI technology continues to develop, we are likely to see more and more AI-generated music in the years to come. This could have a big impact on the music industry, making it easier for new artists to break into the business and giving established artists new ways to create their music.

Artificial intelligence is changing the way we create and listen to music. AI-powered algorithms are being used to personalize recommendations, suggest new tracks, and create playlists. AI is also being used to improve the quality of streaming services. In the future, AI may be used to create virtual reality concerts and experiences.

By leveraging artificial intelligence, music streaming platforms will be able to further improve the quality of their service and provide users with a more personalized experience. Additionally, artists are beginning to use AI tools to compose songs and create music videos. As artificial intelligence technology continues to develop, we can expect even more involvement of AI in the music industry.