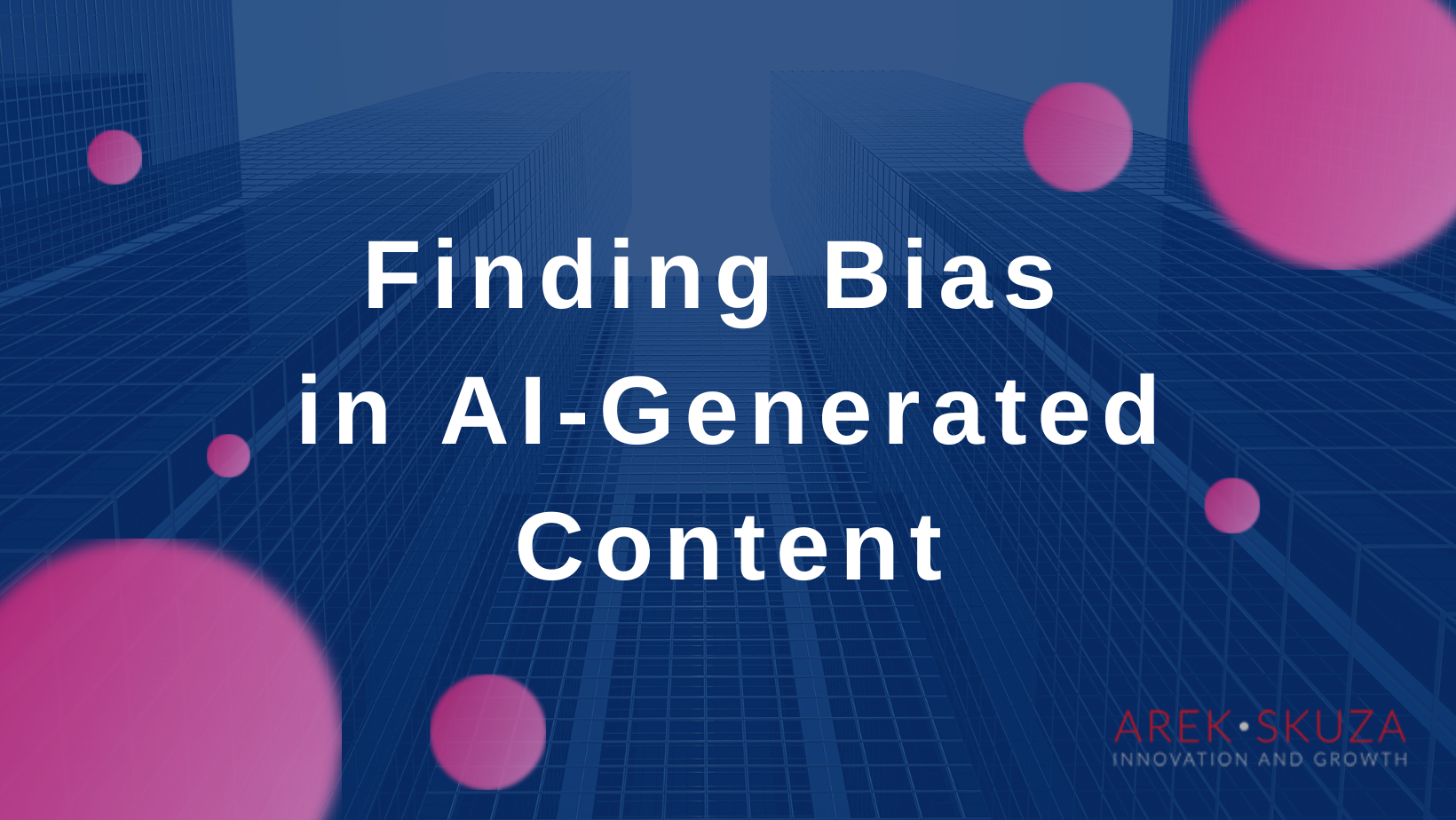 There are many different types of biases that can impact AI systems. Some of the most common include:

- Selection bias: This is the tendency to select a sample of data that is not representative of the population as a whole.

- Overfitting: This occurs when a model is too closely fitted to the training data and does not generalize well to new data.

- Underfitting: This occurs when a model is not complex enough to capture the underlying patterns in the data.

These biases can lead to inaccurate results from AI systems. For example, if a model is trained on a biased dataset, it may learn to perpetuate those biases. This can have harmful real-world consequences, such as when facial recognition systems are trained on datasets that are not representative of the diversity of the population, leading to errors in identifying people of color.

Bias in artificial intelligence is not a new phenomenon. In fact, it has been around since the early days of AI research. One of the first recorded instances of bias in AI was in 1956 when computer scientist Alan Turing proposed a test for determining whether a machine could be said to exhibit intelligent behavior.

In his paper "Computing Machinery and Intelligence," Turing proposed that if a machine could Fool a human being into thinking it was another human being more than 30% of the time, then it could be considered intelligent.

However, as AI researcher Joy Buolamwini has pointed out, "the test for artificial intelligence is biased against women and people of color because it relies on the ability of the machine to fool a human into thinking it is another human."

Biased datasets can lead to biased machine learning models. For example, if a dataset used to train a facial recognition system is biased, the resulting system may be inaccurate in its predictions.

This was demonstrated in 2016 when Google Photos released a new feature that automatically tagged photos with labels such as "dog" or "cat." However, the system also labeled a black man as a "gorilla," leading to accusations of racism.

The incident led Google to change its label names and also resulted in the company creating an internal dataset of over 100,000 images that it used to train its system to be more accurate. 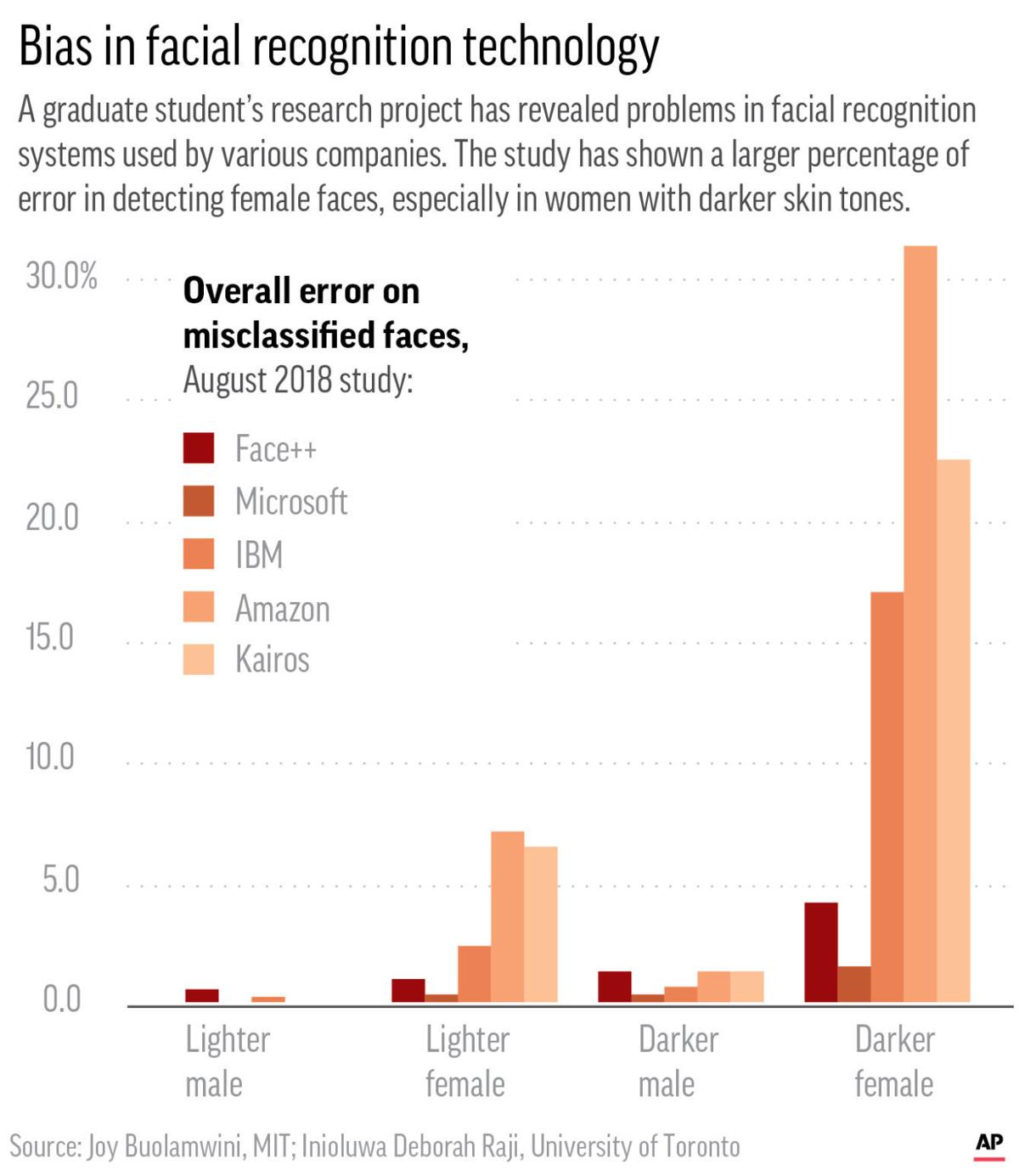 These systems were more likely to misidentify black women as men, and they were also more likely to label pictures of white men as "neutral" or "unknown."

The researchers concluded that "the artificial intelligence systems currently available to the general public exhibit significant racial and gender biases."

There are a number of ways to identify bias in AI-generated content. One way is to examine the dataset that was used to train the machine learning model.

If the output is consistently inaccurate for certain groups of people, then this may be an indication of bias. Finally, it is also important to consider the context in which the machine learning model is being used.

For example, if a facial recognition system is being used for law enforcement purposes, then it is more likely to have a negative impact on people of color, who are already disproportionately targeted by police.

There are a number of ways to reduce bias in AI-generated content. One way is to use a larger and more diverse dataset when training the machine learning model.

Another way to reduce bias is to use a technique called data augmentation, which involves artificially generating additional data points that are diverse in terms of race, gender, and other characteristics.

Finally, it is also important to consider the impact of AI-generated content on vulnerable groups of people before releasing the system into the world.

As seen in the graph below, ethics in AI has become a hot topic in the world of AI. Artificial intelligence can be biased in a number of ways, and these biases can have a negative impact on vulnerable groups of people, such as women and people of color. 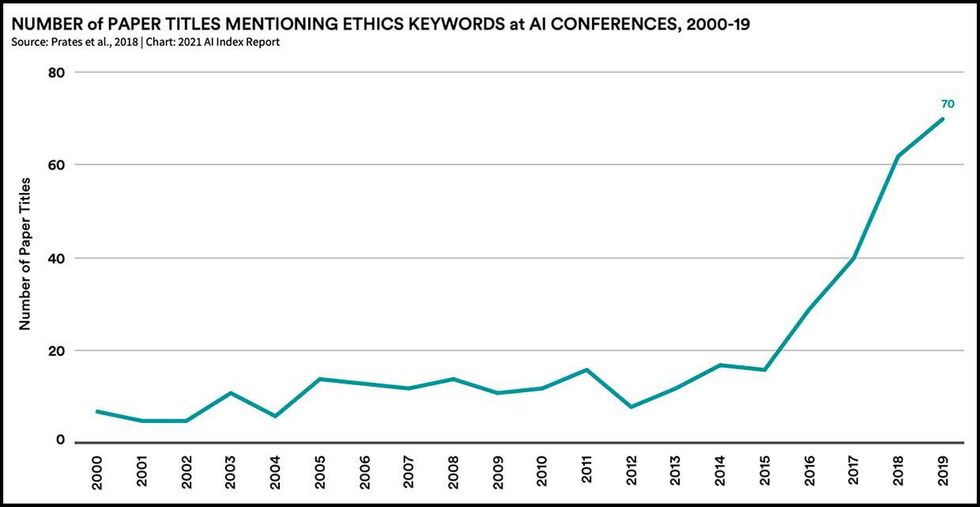 There are a number of ways to reduce bias in AI-generated content, such as by using a larger and more diverse dataset when training the machine learning model. It is also important to consider the impact of AI-generated content on vulnerable groups of people before releasing the system into the world.

By taking these steps, we can start to reduce bias in AI-generated content and create a more equitable future for everyone.